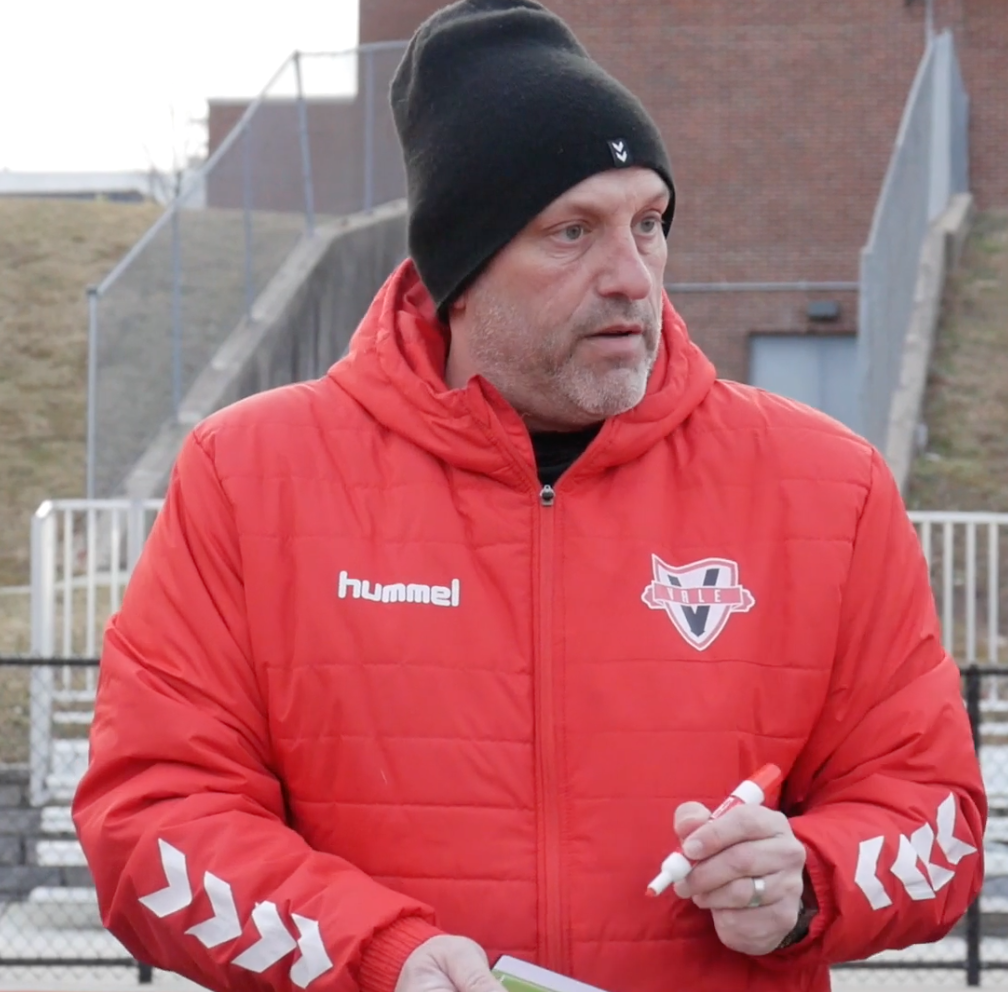 Chris LeGates returns to Vale for his 3rd season as a head coach for Vale Sports Club. Chris, who is also the College Pathway Director and is a partner of Tackling College Sports, was a key figure at Academica FC before moving with Tony Horta to Vale in 2020.

At Vale, Chris is the Zone Lead of the High School Girls teams, Head Coach of the 2006 Girls and oversees and runs the College Pathway Program at Vale which helps all of our athletes who are looking to play at the next level, guidance and education on the next steps and the process of it all.

Chris started his Club coaching career at Cheshire Premier before starting Academica FC with Tony Horta, then moving to Vale in 2020. Chris has been coaching at the club level for 30 years and has also been coaching at the College level for 30 years. Chris has experience coaching at Southern CT State University, University of Saint Joseph, and Quinnipiac University where he’s been involved with the growth of all of the soccer programs at each of the schools. At Quinnipiac, Chris helped lead the program to 2 conference championships in 1994 and 1996. At Saint Joseph, Chris was a 5 time Conference Coach of the Year and helped lead the team to a conference championship in 2013. At Southern CT, Chris helped lead the team to being conference finalists in both 2019 and 2021. Chris has also had massive experience as a Head coach and Assistant Coach with the New England Mutiny Professional and Semi-Professional teams. As a player, Chris played at the University of Hartford where he graduated and was also a Conference champion and made it to the NCAA Sweet 16.

Chris has helped place over 100 players into college programs from clubs. He’s coached 83 All Conference players, 11 All New England players, and 2 All Americans. Chris is a partner and co-host of Tackling College Sports, which is a multimedia group that helps student athletes navigate their way through the college athletic recruiting process.

Chris is a graduate of University of Hartford and lives with his son, daughter, and wife in Massachusetts.